On Tuesday April 20th, 2017 at 7 PM opens the 4th edition of Skin Taste, a project curated by Adriana Rispoli. Every year the project invites an international artist to interpret the ‘skin’ of the PortoFluviale, a well-known bar restaurant in the Ostiense neighbourhood in Rome. PortoFluviale is situated in a huge ex-warehouse, one of the most fascinating industrial arcitectural buildings of the Italian capital.

Igor Grubić (Zagreb, 1969) and Raffaela Mariniello (Naples, 1962) are the artists that will realise a work consisting of large paper posters that are covering ritually the facade of the historical building: OLD FACTORY NEW CAPITAL.

OLD FACTORY NEW CAPITAL is a work in which the aesthetic and conceptual vision of Grubić and Mariniellois combined and almost fused together. The artists’ research on the industrial areas and abandoned, empty, factories is focused not only on the point of view of the urban landscape changes but also on social and economic development. This topic is reflected in the choice of six background images – alternately by one and the other artist- that depict industrial archaeologies from different regions of the Mediterranean, from Balkans to Lebanon through to Athens and Naples. Their subjects are like concrete skeletons and ghost places that sweat a distant past and now have become symbols of neglect but at the same time could be read as an opportunity, to encourage new economic strategies.

The work plays on the subtle balance between the image – in which the expert photographic glance of Raffaela Mariniello is recognizable – and the message that advertising mutates dynamics – typical Grubic practice – whose Russian-inspired fonts brings with it revolutionary load of constructivism, definitively antithetical to our present.

OLD FACTORY NEW CAPITAL, does not hide bitter irony, reflects on phenomenon of post-industrialization which spread, at different speeds, in the economy of Italy and Croatia, and detailed in the Ostiense area where Porto Fluviale in located in Rome. This work aims to register the long and difficult process of conversion not only of an urban area, but of the whole society.

Igor Grubić (Zagreb, Croatia, 1969) has been active as a multimedia artist since the beginning of the 1990s. He is known for his activism and his actions in public space, often made in mysterious anynimity i.e. 366 Liberation Rituals (2008) and Black Peristyle (1998). In 2000 he started working as a producer and documentary filmmaker. His work has been exhibited in various international institutions including Manifesta 4, Frankfurt, Germany; Tirana Biennale 2, Albania; 50.October Salon Belgrade, Serbia; 11. Istanbul Biennial, Turkey; Manifesta 9, Gent, Belgium; “Sweet Dew – since 1980”, Gwangju Biennale 20th Anniversary Special Project, South Korea; “Zero Tolerance”, MoMA PS1, New York, US; Palais de Tokyo, Paris, France. His work has been shown in Italy several times, such as Present Future, a special project at Artissima 2011 and Il Piedistallo vuoto and Gradi di Libertà at  Museo Civico Archeologico and Mambo in Bologna (2014 and 2015). He also shows with Gallery Laveronica in Modica, Italy.

Raffaela Mariniello was born in Naples in 1961. She is among the most famous photographer of our country. Her research represents a revolt against social and cultural issues, with particular attention to the transformation of the urban landscape and the relationship between humans and the places they inhabit. In 1991 she started working on the factory Italsider which had to close after the crisis in the iron and steel business and these photographs Bagnoli, una Fabbrica are up till now the only historical records on the activities of the steel plant. Between 1992 and 1995, that serie was shown in Naples, Nantes, Calais, Paris and Milan. In 2006 she has started up the project Souvenirs d’Italie based on the historical city centres in Italy in which she draws attention to the transformation of places that fall prey to mass tourism.She participated in a number of group exhibitions in Italy and abroad, such as: XII Quadriennale d’Arte, Rome; VIII Biennale of Photography, Turin; XI Biennale of Architecture, Venice; Festival of Photography, Rome. She has shown at the MOCA in Shangai, Museo MAXXI in Rome and MADRE Museum in Naples among others. She works with the gallery Studio Trisorio in Naples.

OLD FACTORY NEW CAPITAL by Igor Grubić and Raffaela Mariniello will be exhibited until July 20th, 2017.

Skin Taste is multi-year project of PortoFluviale, curated by Adriana Rispoli. Every year an artist is invited to interprete the facade or the ‘skin’ of the the ex-warehouse from the ’50-ies with a site-specific work consisting of large paper posters. The project aims at involving the inhabitants of the neighbourhood as temporary visitors inviting them to face an artistic message and not a publicity one, although the used stategy derives from publicity.
Other artists invited to realise a work consisting of large paper posters that are covering ritually the facade of the historical building were: Mariangela Levita, Flavio Favelli and Giuseppe Stampone.

The 4th edition is produced with the support of Caffè Mogi and Seda.

Giuseppe Stampone
THE SHOW MUST GO ON 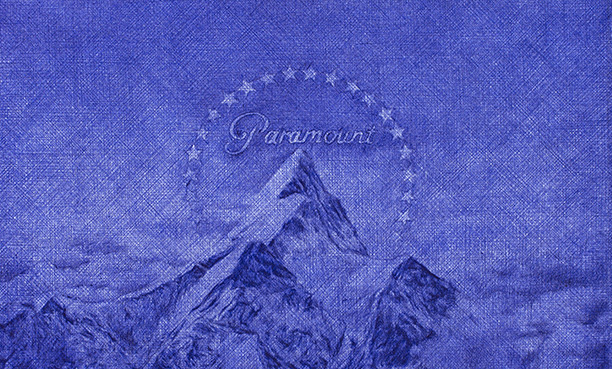 On Tuesday March 1, 2016 at 6 PM opens the 3rd edition of SKIN TASTE, a project curated by Adriana Rispoli. Every year the project invites an international artist to interpret the ‘skin’ of the PortoFluviale, a well-known bar restaurant in the Ostiense neighbourhood in Rome. PortoFluviale is situated in a huge exwarehouse, one of the most fascinating industrial arcitectural buildings of the Italian capital.
After Mariangela Levita (2013) and Flavio Favelli (2014), Giuseppe Stampone is the third artist who is going to realise a work consisting of large paper posters that are covering ritually the facade of the historical building.

Stampone is an internationally well-known artist for his use of distinctive drawing lines made by Bic pens. By means of the pen he translates images stolen from the network to manual drawings with a strong artisan character. ‘The Show Must Go On’ is the title of the work that the artist will produce for SKIN TASTE where the blue lettering of the famous pen overlies the most well-known icons of the world of cinema: Dream Works, 20thCenturyFox, Paramount, Metro Goldwyn Mayer, Warner Bros e Columbia. The images are immediately recognisable from the film production companies which hold the world-wide monopoly of the ‘Seventh Art’, at least from a commerical point of view.

‘The Show Must Go On’ alludes to a statement which is used and abused in the Society of the Spectacle
(and not only) to indicate metaphorically the flux of time, but it is also a precise message that the artist would like to transmit. Stampone’s images seem to throw a laconic warning towards the Italian capital, headquarters of the illustrious Cinecittà founded in the days of Fascism. Without ever abandoning the political role of art, Stampone would like to make us reflect on the grotesquely spectacular drifts of the city, on the fact that it is always more simple scenic design and finally on its unstable political situation.
Thanks to an immediate capability to communicate, using a style that is both dignified and belonging to the mass -and so amazing the public on several levels- Stampone’s works open new settings for reflection while using associations –often sarcastically understood- between signifier and meaning. The artist’s research in the virtual field examines the real dimension, imposing the paralysis of the everyday reality to the velocity of the internet.

Giuseppe Stampone (Cluses, France, 1974) lives in Roma. With his causting drawing lines he identifies and underlines by means of a cross creativity the urgencies of the present. In 2011, two years after the earthquake in the Abruzzo region, the artist has started a cycle of new works with Saluti dall’Aquila. These work as a postcard, the romantic vehicle of memory. The intrinsically refined character of the postcard becomes a way to denounce the political, conceptual and ideological paralysis. After Saluti da La Habana, Saluti da New Orleans, Saluti da Istanbul and Saluti da Castel Romano, (Castel Romano is the seat of the largest Roma camp in the Italian capital) and recently Saluti da New Delhi, the project ‘The Show Must Go On’ presents Saluti da Roma. Together with the show, as a camouflage operation of public art, Giuseppe Stamponess drawings for the 3rd edition of SKIN TASTE will also be dispersed on the whole territory of the Italian capital. In this way the message of ‘The Show Must Go On’ will be spread in a chameleon way from the facade of the Porto Fluviale over the whole city of Rome.
Stampone’s work has been exhibited extensively in Italy and abroad, at international biennials, museums and art galleries, such as: 56. Biennale di Venezia, 2015; Kochi-Muziris Biennale, 2012; 11. Bienal de la Habana, 2012; 6. Liverpool Biennial, 2010; 14. e 15. Quadriennale di Roma, 2004-2008; Rob Pruitt’s Flea Market, 2015; MIT Museum, Boston, 2015; Prometeogallery di Ida Pisani, Milan-Lucca, 2010-2012-2015; Kunsthalle City Museum, Gwangiu 2010; MAXXI – Museo Nazionale d’Arte del XXI secolo, Rome 2014; Palazzo Reale, Milan, 2014; La Triennale, Milan 2008-2009; Museo Gamec, Bergamo, 2010-2011-2014; Museo Macro, Rome 2010-2011. He won the prestigious residency at the American Aacdemy in Rome in 2013 where he exhibited in various shows in between 2013 and 2015.
The strategic position of PortoFluviale in the Ostiense neighbourhood in Rome and its charming
architectonical structure are the basis of the project SKIN TASTE conceived by Adriana Rispoli, who has
invited every year an artist to interprete the facade or the ‘skin’ of the the ex-warehouse from the ’50-ies with a site-specific work consisting of large paper posters.
SKIN TASTE aims at involving the inhabitants of the neighbourhood as temporary visitors inviting them to face an artistic message and not a publicity one, although the used stategy derives from publicity.
The esthetical requalification of the subway area and the strong will to create a new incubator of creativity with the specific mission to produce a synergy between the worlds of art and food, are the basis of the project.
The conviviality, the transmission of the past, the perception of details and differences are among the
aspects that artists analyse by the eye of art and by means of their work.
SKIN TASTE is multi-year project of PortoFluviale
The 3rd edition is produced with the support of Caffè Mogi

Giuseppe Stampone
THE SHOW MUST GO ON 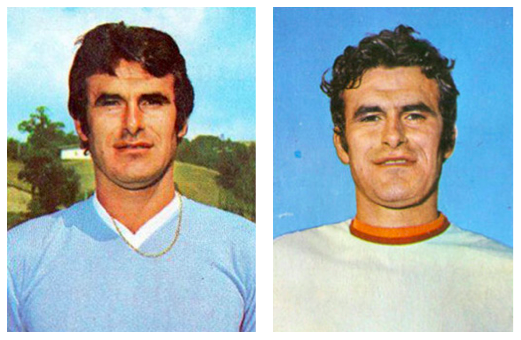